Have you ever wondered how I chose the name Dayspring?

It all started back when we bought our former property.  It was five acres and had a humungous house and a non-functioning hobby farm with over 50 rhodos on it.  When we bought it, it had a sign out front that said "Bonita Place".  It means beautiful in Spanish.   We felt the name was a bit boastful and wanted to rename it with a name that reflected something biblical. We had dedicated the property to the Lord and wanted a name that honoured Him.  We arrived at "Dayspring Farm" and always felt it suited the property and it was a code name for those that might wonder if we were believers.  It had a deep well with plenty of water so that fit the name too. 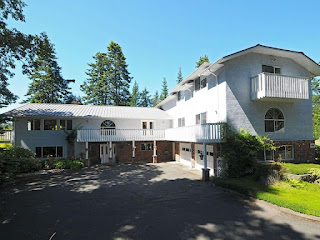 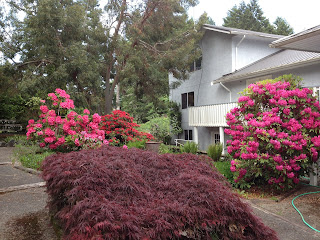 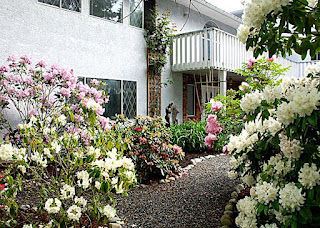 I started my quilting blog about the same time and became "dayspringquilter".  We ended up running a Bed and Breakfast there for about six years until we sold that property.  It was a place of refreshing for a multitude of guests from around the world.  We have such great memories of that time.
I really wondered if I should keep "Dayspring" for my quilting business/blog or start with a new name. Was it just for the property or did it also reflect something in me?  We moved to Brentwood Bay and I mulled over things like "Seaside Quilter", "Bayside Quilter" but nothing felt right.  I decided to keep it.  And here we are.

We are now getting ready for another move and once again, I'm pondering if I should be rebranding to something else or keeping dayspringquilter.  I think all the marketing gurus out there would say, don't change your name.  You've spent years branding and you don't want to lose the traction.  I'm feeling kind of the same way and it still reflects my biblical values.  Yes, it's kind of old fashioned sounding, and not smart and sassy like some of the younger quilters' handles, but I still like it and it's staying!

For those curious types regarding the biblical reference to Dayspring, here you go!

The term dayspring is only found in two places in the Bible and is used primarily in the King James Version (KJV) or Bible versions published before the second half of the twentieth century. Dayspring is an archaic word meaning “dawn” or “morning.” The King James Version uses the word dayspring in Job 38:12: “Hast thou commanded the morning since thy days; and caused the dayspring to know his place?” The New International Version (NIV) translates Job 38:12 this way: “Have you ever given orders to the morning, or shown the dawn its place?” In this passage the Lord emphasizes His all-encompassing power—He is the only One who can cause the dawn.

The word dayspring is also found in Zacharias’s prophecy at the birth of his son, John. Zacharias says that “the dayspring from on high hath visited us” (Luke 1:78, KJV). In this instance, the dayspring is a metaphor for the promised Messiah, Jesus, who would soon arrive. The NIV translates the word for “dayspring” as “the rising sun”; the New American Standard Version (NASB) translates it as “the Sunrise from on high.” The word Sunrise is capitalized in the NASB because it refers to the Son of God who would rise like the sun to bring light to all men (see Malachi 4:2 and John 1:4, 9–10).

The word dayspring is still used today as a generic term for “a new era,” but it is no longer used for “sunrise.” Words like dayspring that have lost or changed their meanings with the passage of time are one reason for newer Bible versions. When the King James Bible was first translated into English, the word dayspring was commonly used. In the past 400 years, dayspring has become archaic and can cause confusion to modern readers.

Archaic?  Confusion?  Well maybe it will be a good icebreaker question and give me a chance to answer the questions of those readers who don't understand and in doing so open up a conversation about our soon coming King!

Posted by Mavis Reynolds at 3:58 PM