My dear friend Michelle is having a special birthday this Saturday.  We lived together as volunteers on a Kibbutz in 1984/85 together with a team of others from Canada, USA, England and South Africa.  Five of us girls have remained best friends and have had multiple reunions everywhere from San Francisco to Florida and have nurtured our friendship during the past 28 years.  Four of us are gathering at Michelle's house in Wake Forest, SC for a reunion/birthday bash.  Since it's such an auspicious occasion and quilters tend to do special things (read: quilts) for such occasions, I am taking this quilt with me as her birthday present. 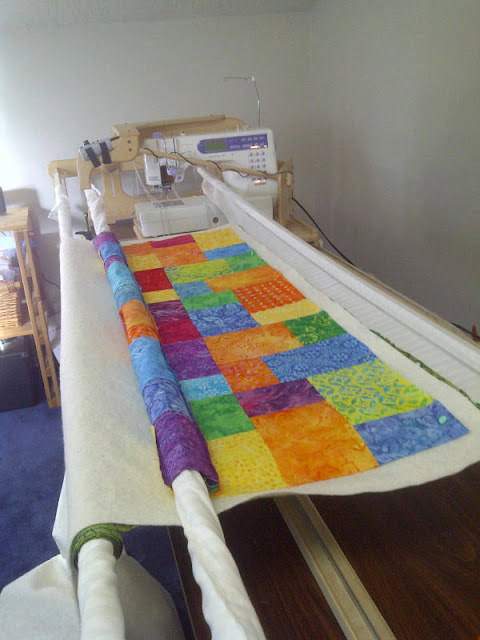 As mentioned in my previous post here I had to keep this under wraps, but I'm going to upload this post to go live when I'm on my way down there.  As long as I don't share it on facebook, I think she'll be too busy to be surfing...the girls are comin' to town after all!  And she'll be on her way to Raleigh airport to pick me up.  :D

I used a batik layer cake (10" squares) and the "Delicious Dimes" pattern where you slice the stack (4 or 5 at a time) at 3 1/2" inches.  Shuffle and resew the two piles together then slice again at 5", shuffle and resew again.  For the layout, you change the direction of each block so that some of the resulting 'bricks' are vertical, and the next one is horizontal.  So easy and so effective!  I did have to square my blocks down to 9" when they were sewn together though because the original squares weren't quite square and they skewed off a bit when sewn together.  Once they were squared to 9", they went together beautifully and the quilt hangs nice and straight.   Back to the finished quilt and some more pictures!!

The binding was sewn on Easter Sunday night after dinner and this is the finished quilt all ready to be packed up and ready to go...I started off naming it Ju Jube Jumble, then Jelly Bean Junction, then Jelly Bean Jubilee because after all...it's my friend's 50th birthday and what could be more fitting than a Jubilee quilt??!!  Should have seen that sooner.  But never mind, the quilt has a name, and more importantly, it has a new home and will be on its way on Wednesday.  Yahhoo!!  Better load the pictures and then go pack! 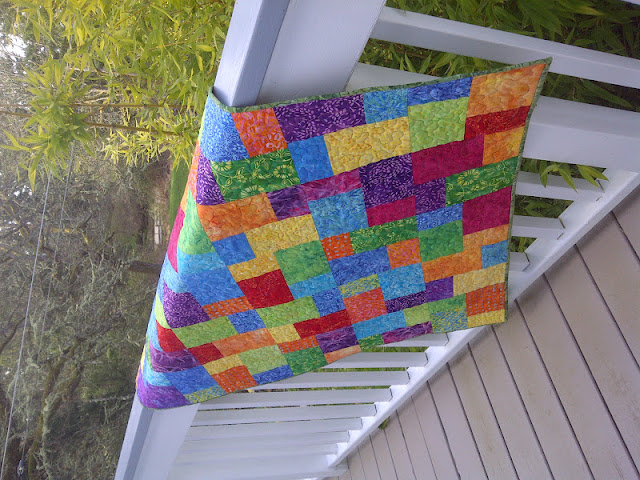 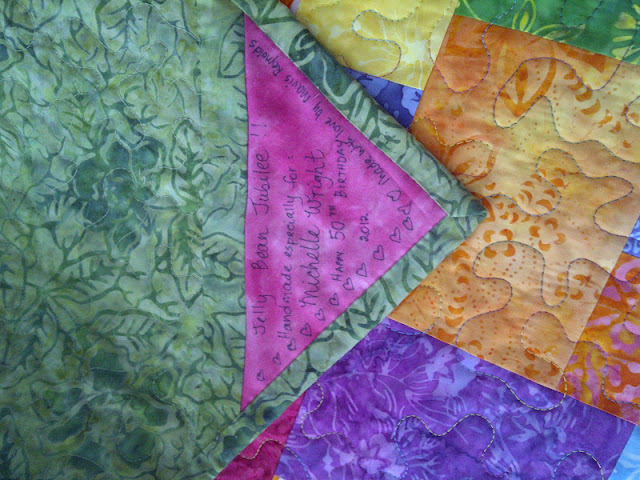 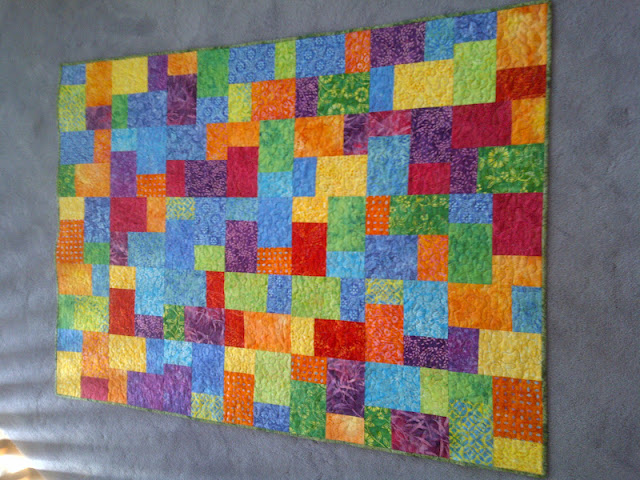