Our last tourist stop in California was the San Diego Zoo.  We took our kids there back in 2010 and I got to revisit it while scanning family photos in preparation for our move.  It was definitely one thing we wanted to see in California before we left here.

On the ride there, Aidan says "does anyone want some sandy eggos?"  His humour was lost on us until the penny dropped, first for papa.  Sandy Eggos.  Get it?   San Diego.... Then we all got it and had a good laugh.  This kid I tell ya.

Once we arrived, we started by taking the free bus that circulates the whole zoo.  It gives you an overview of different things to take a closer look at.  They also let you know during the tour that it is a non profit enterprise and that they are working in conservation around the world.  Animals in captivity isn't my favourite thing but I do know they do their best to give them a good life and protect endangered species.  I saw one red fox (relative of the panda bear) who was in a tree with his own mister and fan.  No misters for the people LOL. The panda bears that we saw in 2010 are no longer there.  I remember them being so amusing.  We had a few laughs at the orangutangs who performed very well, especially the junior one.  Hilarious!

They have a hop on hop off bus which we took advantage of.  We spent a long time in the reptile section.  A certain little boy is quite enthralled with lizards and snakes.  It was cool in there so we didn't complain. 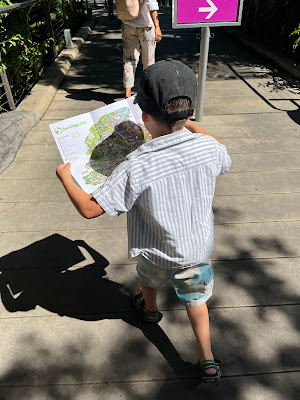 So funny.  Aidan is all about the maps.  As soon as we arrive at a campsite and are given the map he asks for it.  He studies it and can find the pool.  So naturally when we arrived at the zoo, he wanted to carry the map.  And we let him for a bit but here's a life lesson for all of us:  if you keep your head in the map you might just miss some scenery. Grandma carried the map for the remainder of the visit. 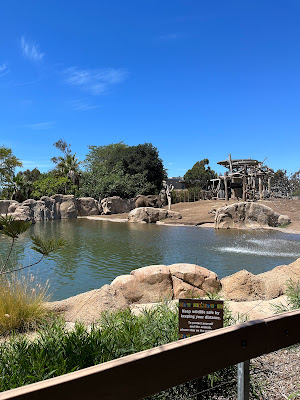 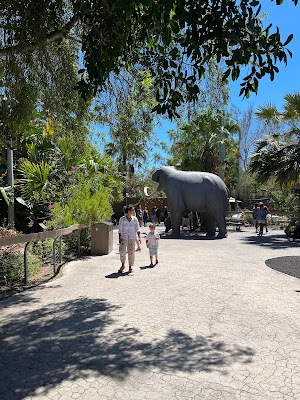 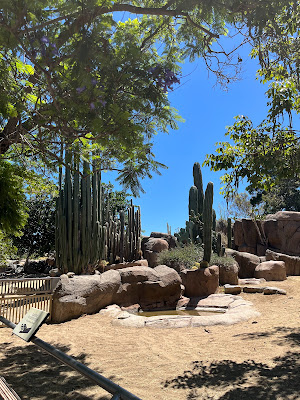 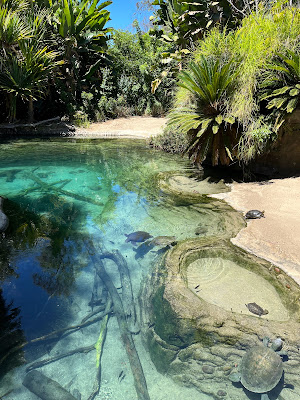 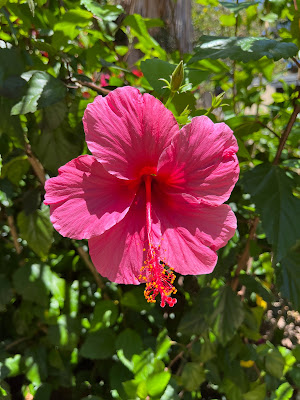 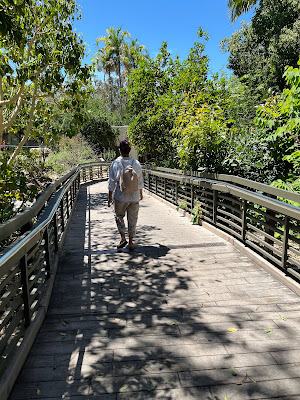 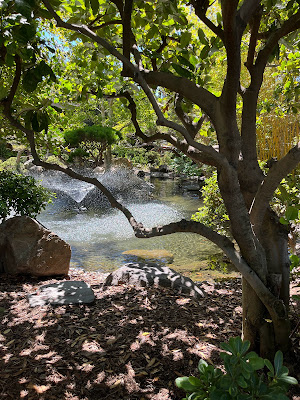 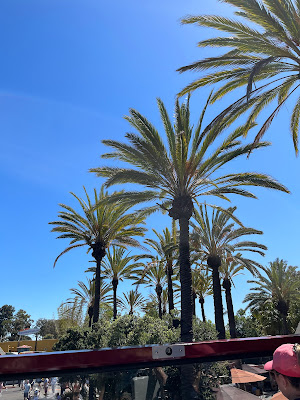 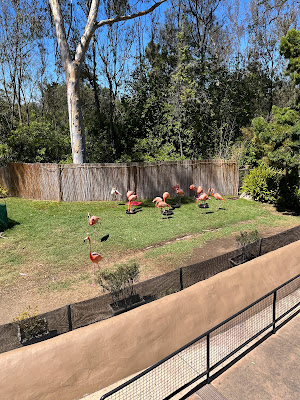 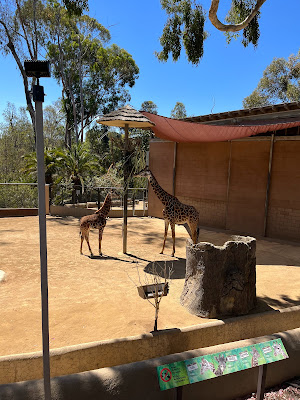 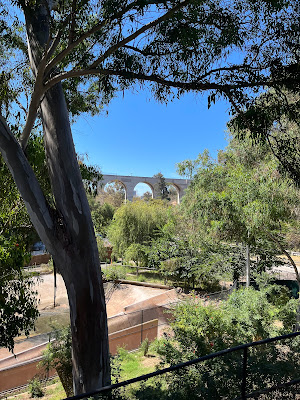 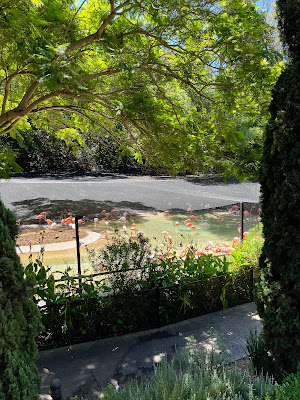 That was just a sampling of the photos from the zoo.  A lot of the animals were napping, likely because of the heat, and weren't visible.  What was visible were the tropical gardens.  Hibiscus are everywhere as well as some other botanical treats.  Liz and I commented that it was like the California version of Butchart Gardens with animals added.  After we had walked all we could handle we took the tram as our last zoo experience which landed us very near the parking lot for the drive back to camp.

It was another hot day and this visit was at the end of a very strenuous week (Universal, Joshua Tree and now the zoo).  It was a 3 hour drive each way and we weren't exactly rested before arriving here.  All in it was a 12 hour day including travel.  We are looking forward to resting up the next couple of days.

Tomorrow we pack up and head for Arizona.  More desert but a promise of some cooler temperatures.  We shall see!
Mavis
Posted by Mavis Reynolds at 3:23 PM