So this happened in my studio yesterday...math isn't my best skill and I readily admit seeking assistance from my math saavy friend when needed.  I had a customer quilt to load and it made use of some leftover diamond pieces to form a star on the back of the quilt.


I think I was so concerned about centering the star on the back of the quilt that I didn't really pay attention to  the measurements I had taken of the quilt back and the quilt top.  She had allowed 4" total backing to the length of the quilt which I know is about half as much as I needed.  But still I didn't catch it.  I knew it would be close but I thought we might have just enough if I was careful at the top.

Firstly to center the back this is what I did:

I happily quilted away knowing there was really no way of predicting just how much backing I would have at the bottom and I told the customer.  I was more concerned than she was.

I got to the second to last row and realized I was about an inch short.  I called my customer to explain the situation and she brought me a six inch strip of the backing of fabric.  At this point you are probably envisioning me unloading the quilt and doctoring up the bottom of the backing right?

Wrong!  I really dislike reloading a quilt once I take it off.  I just find that it's very difficult to line up perfectly again so I pondered my situation over the weekend and yesterday I decided to do unroll the quilt partially so that the bottom was hanging over the front bar of my quilting frame. 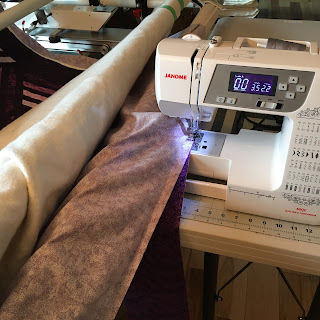 I then used the front roller to press the seam, reloaded the quilt and I was back in business. 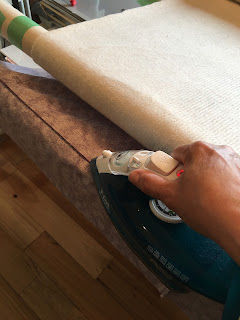 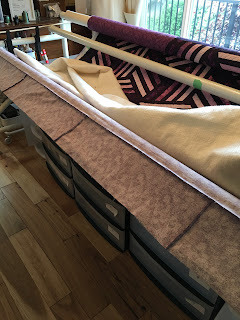 I don't know if I broke every rule in the longarmer rule book, but this worked for me and the result was great.  And the bonus was that I only had to reload the bottom of the quilt which kept it straight during the reload process. 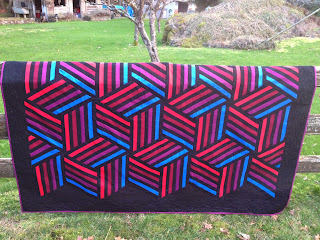 I taught this class in a local quilt store called The Cloth Castle and this is one of my students' quilt.  She did a fabulous job and I had great pleasure in adding the quilting to finish it off.  The panto I used is called "Pearly Weave" and the thread was Glide Mulberry. 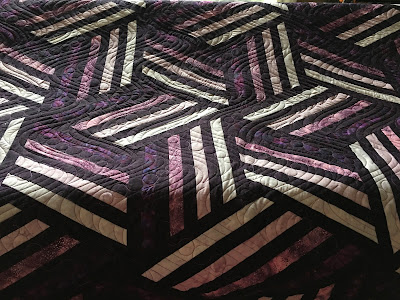 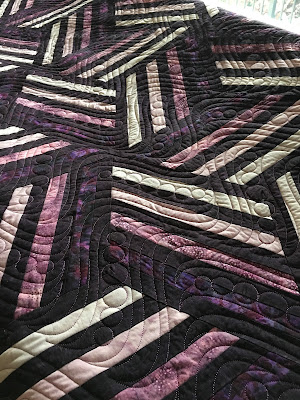 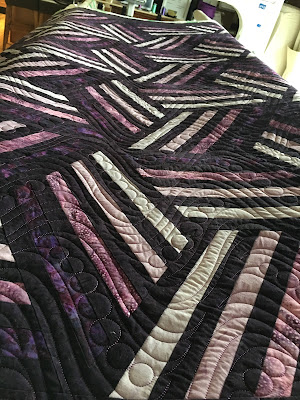 I hope this tutorial helps you think outside the box when you need to fix a problem on the fly.

Posted by Mavis Reynolds at 1:10 PM No comments: 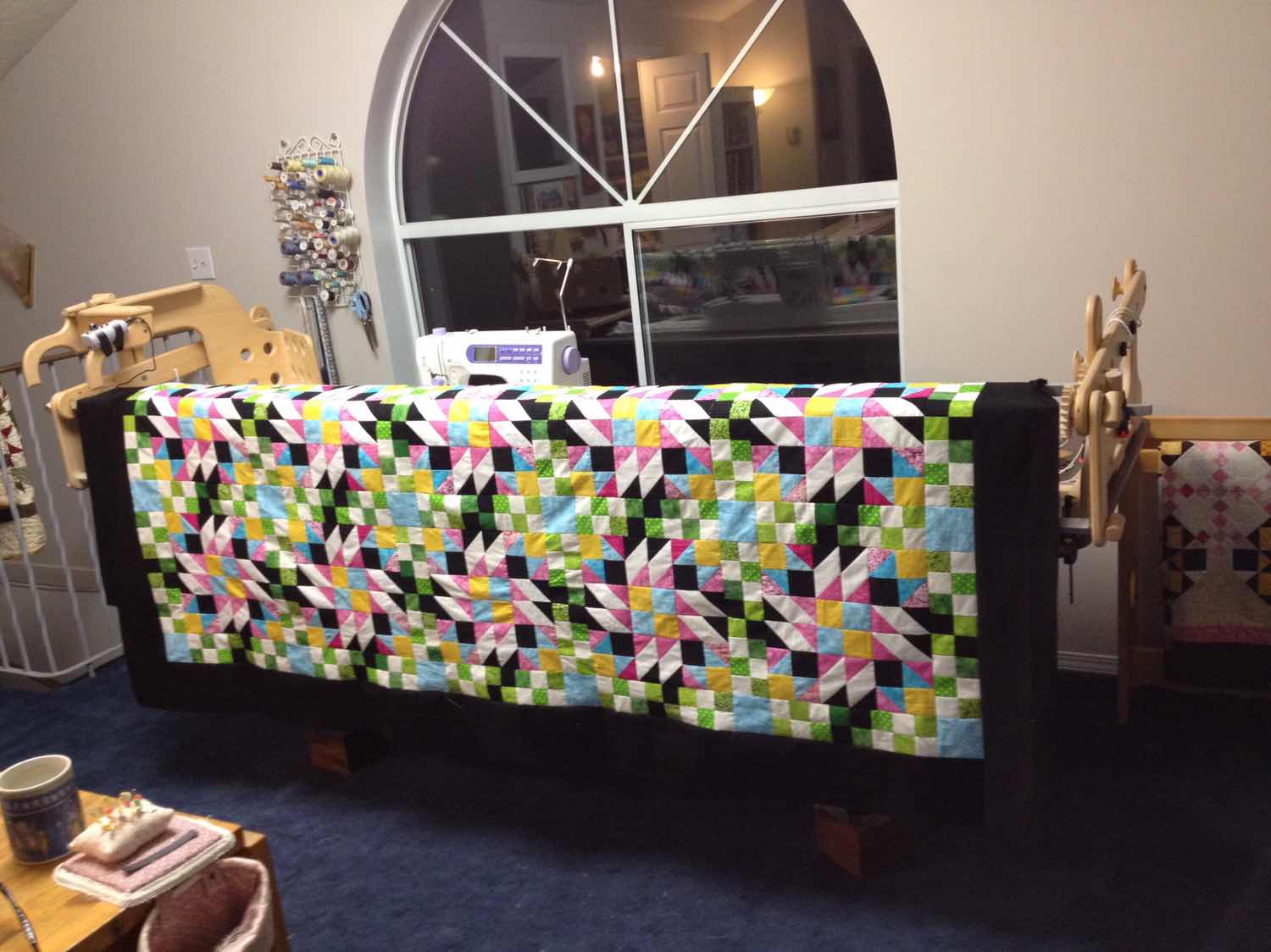 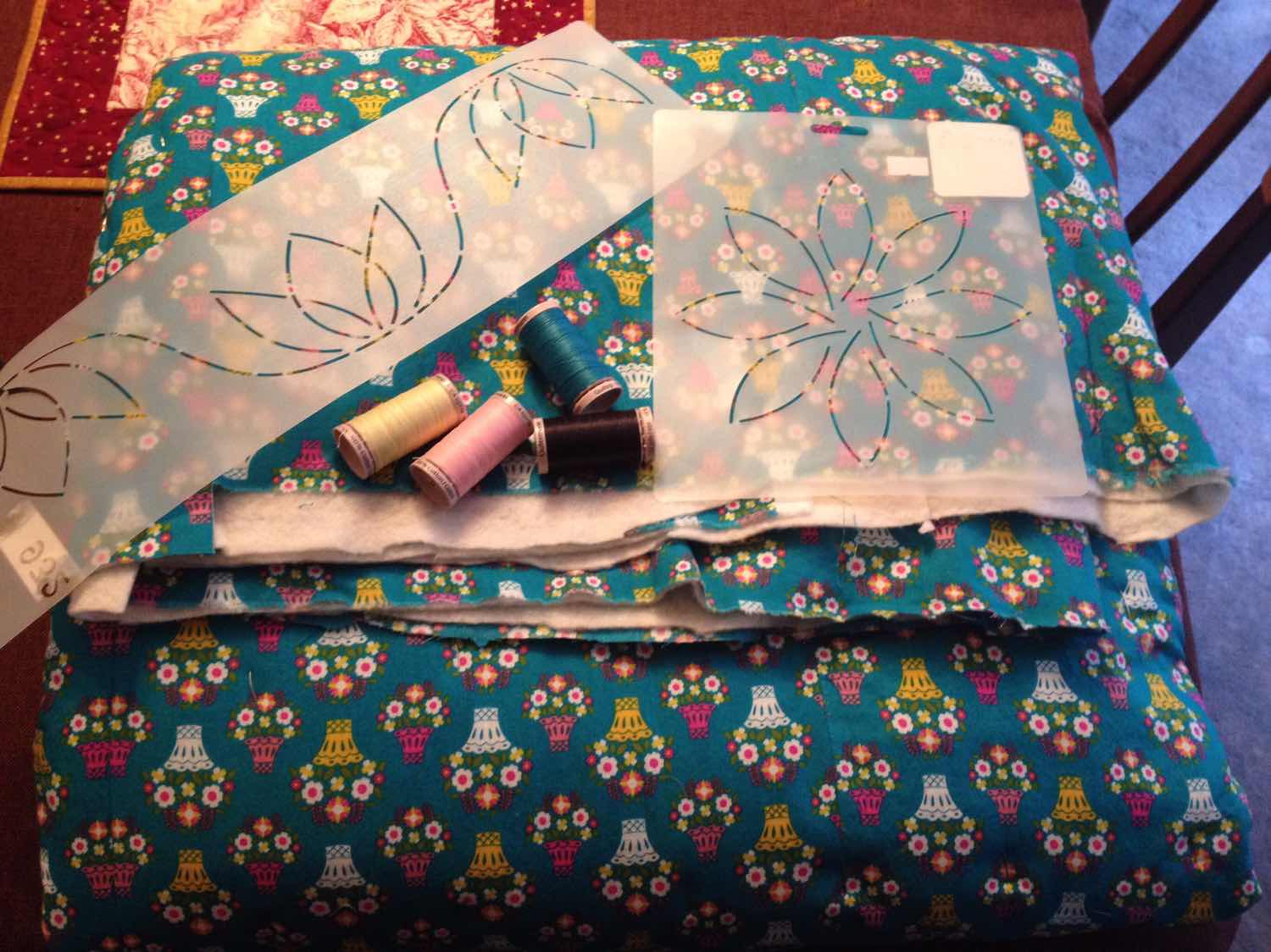 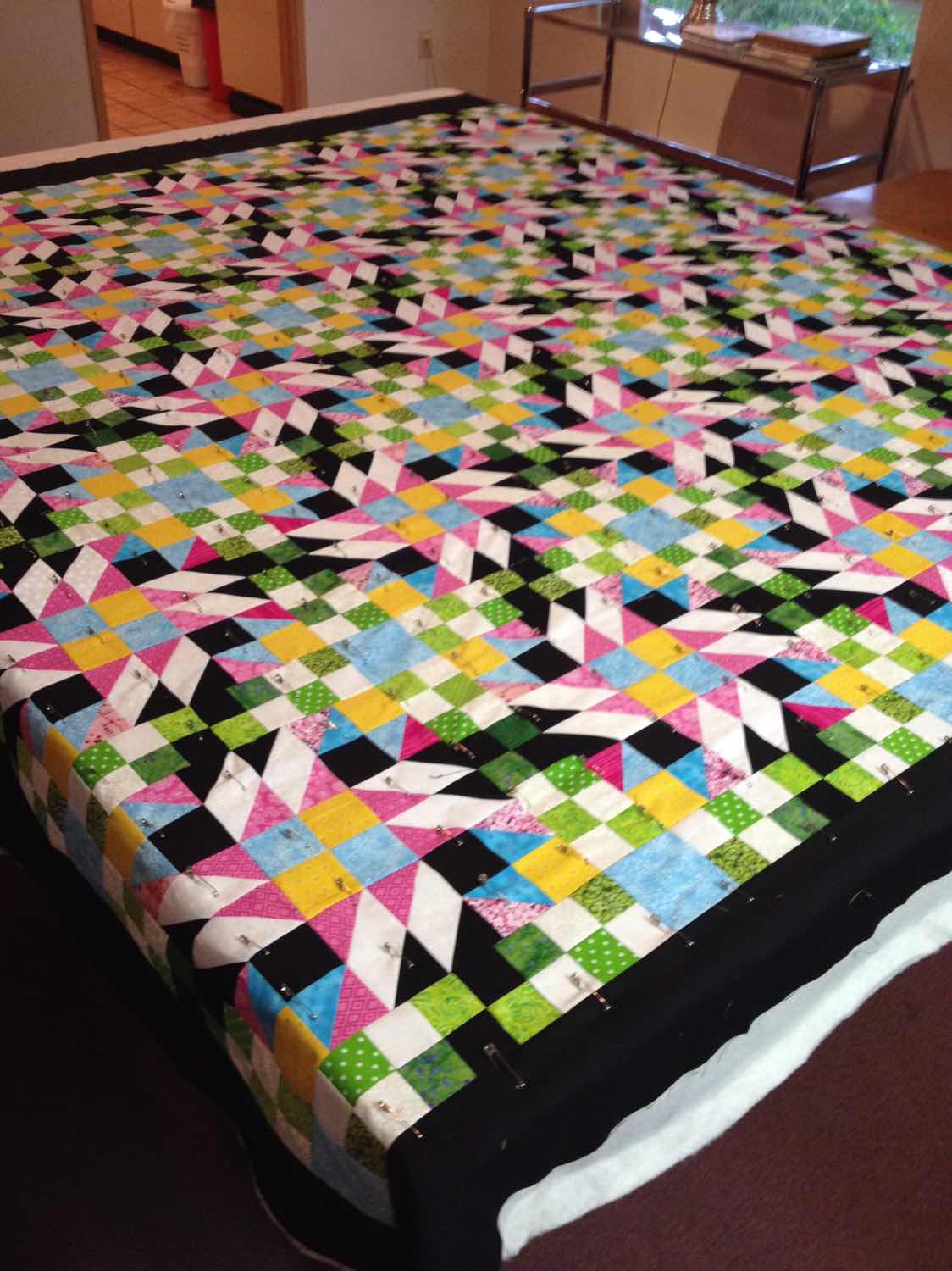 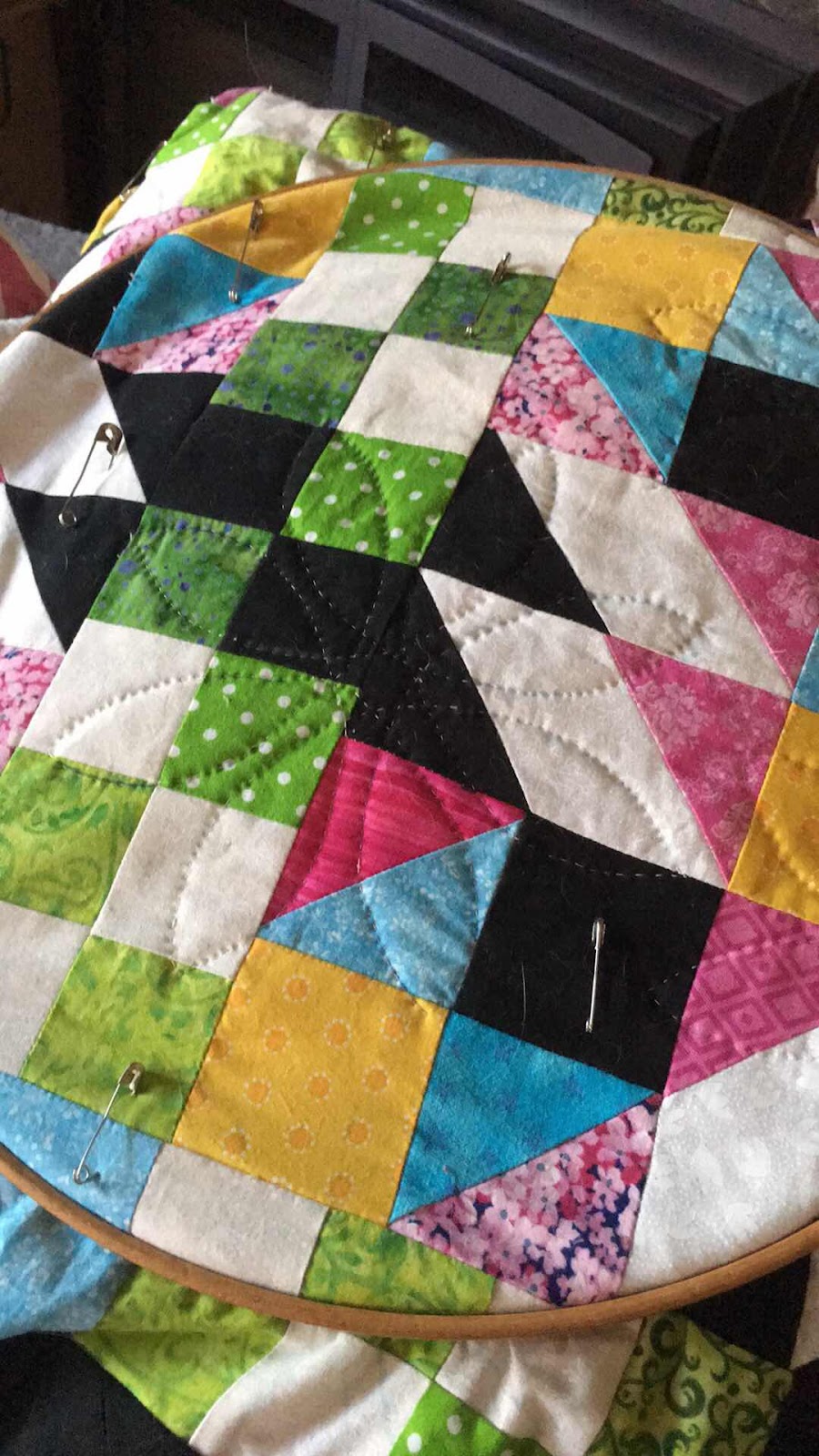 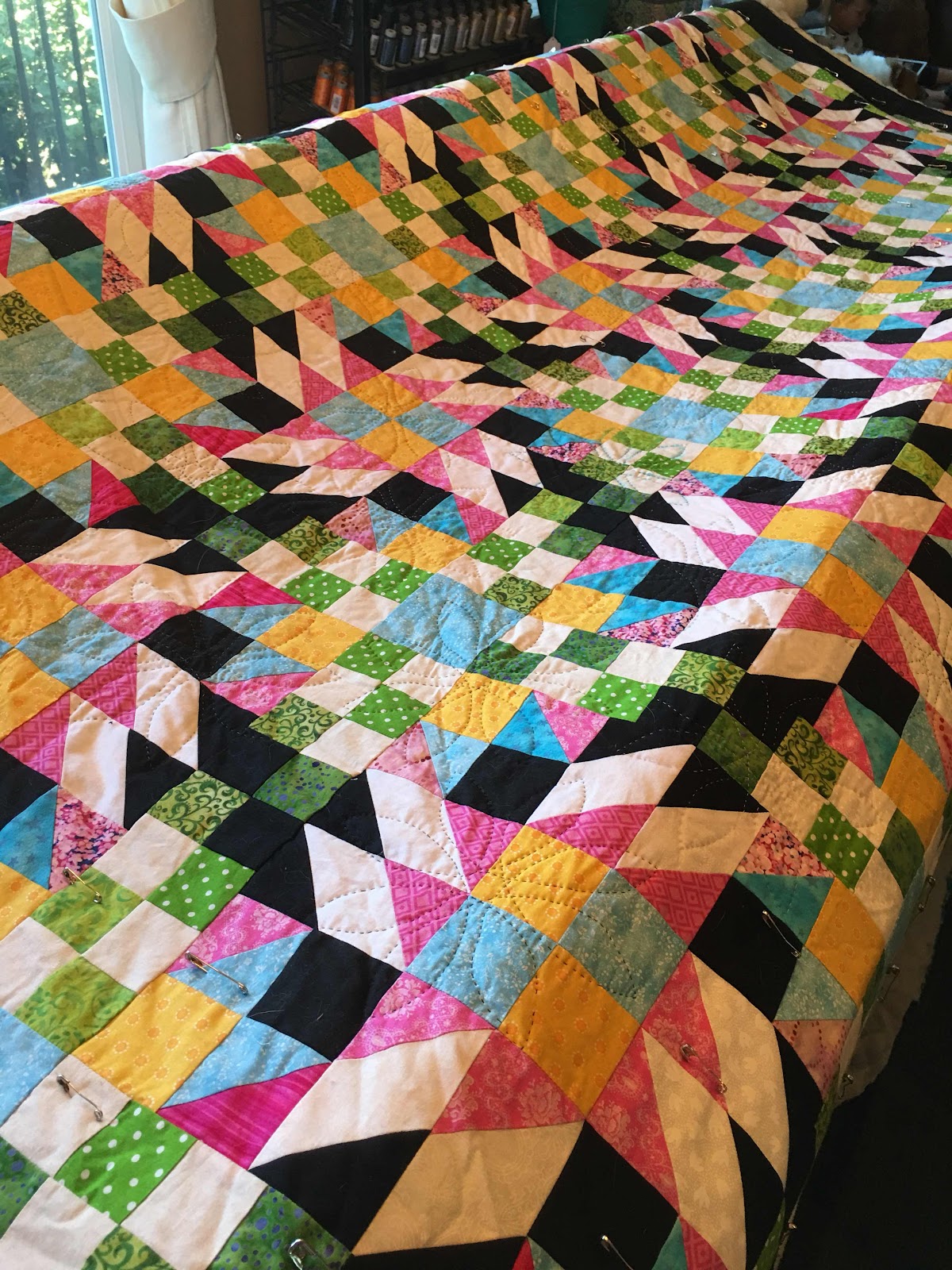 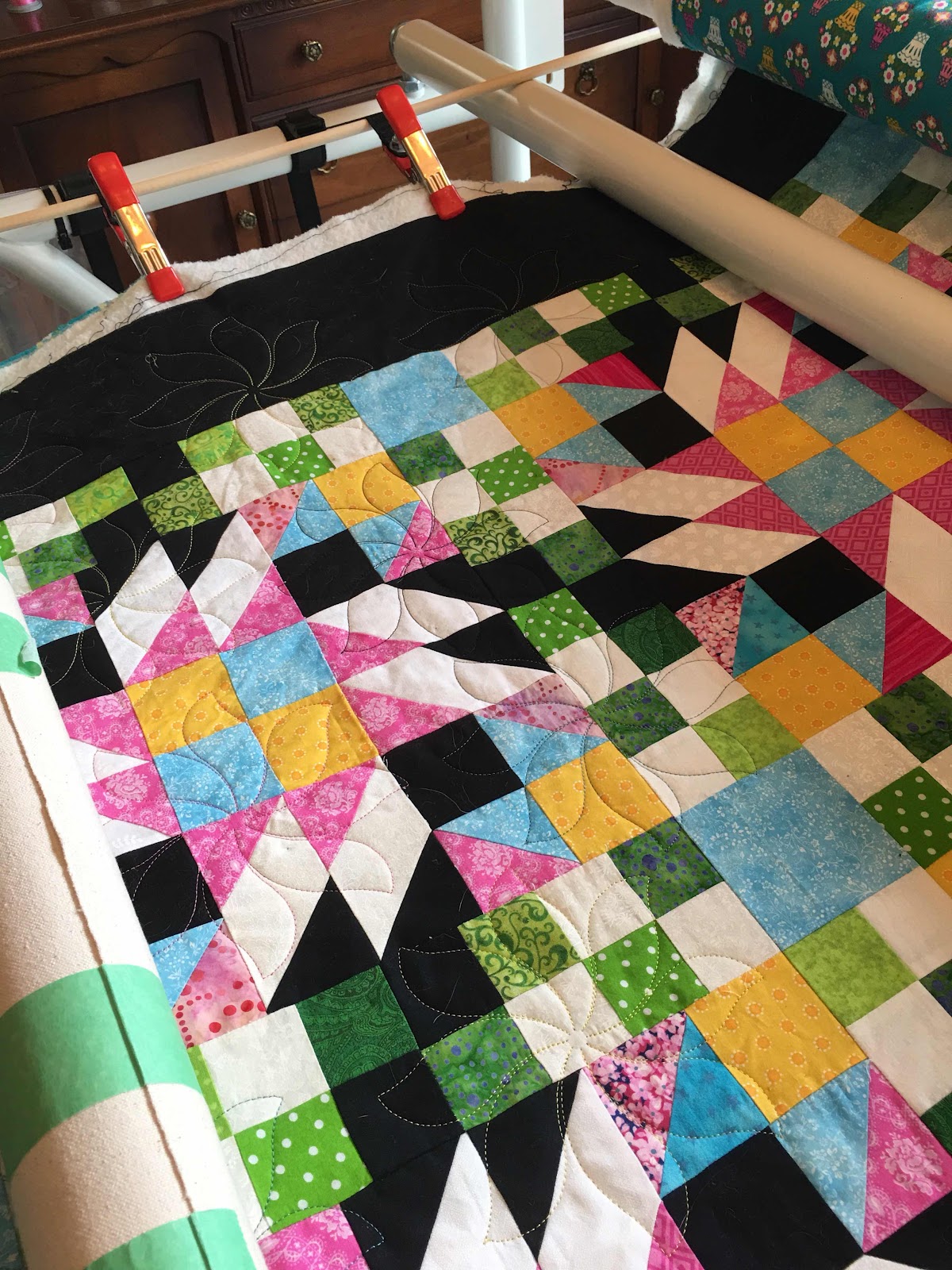 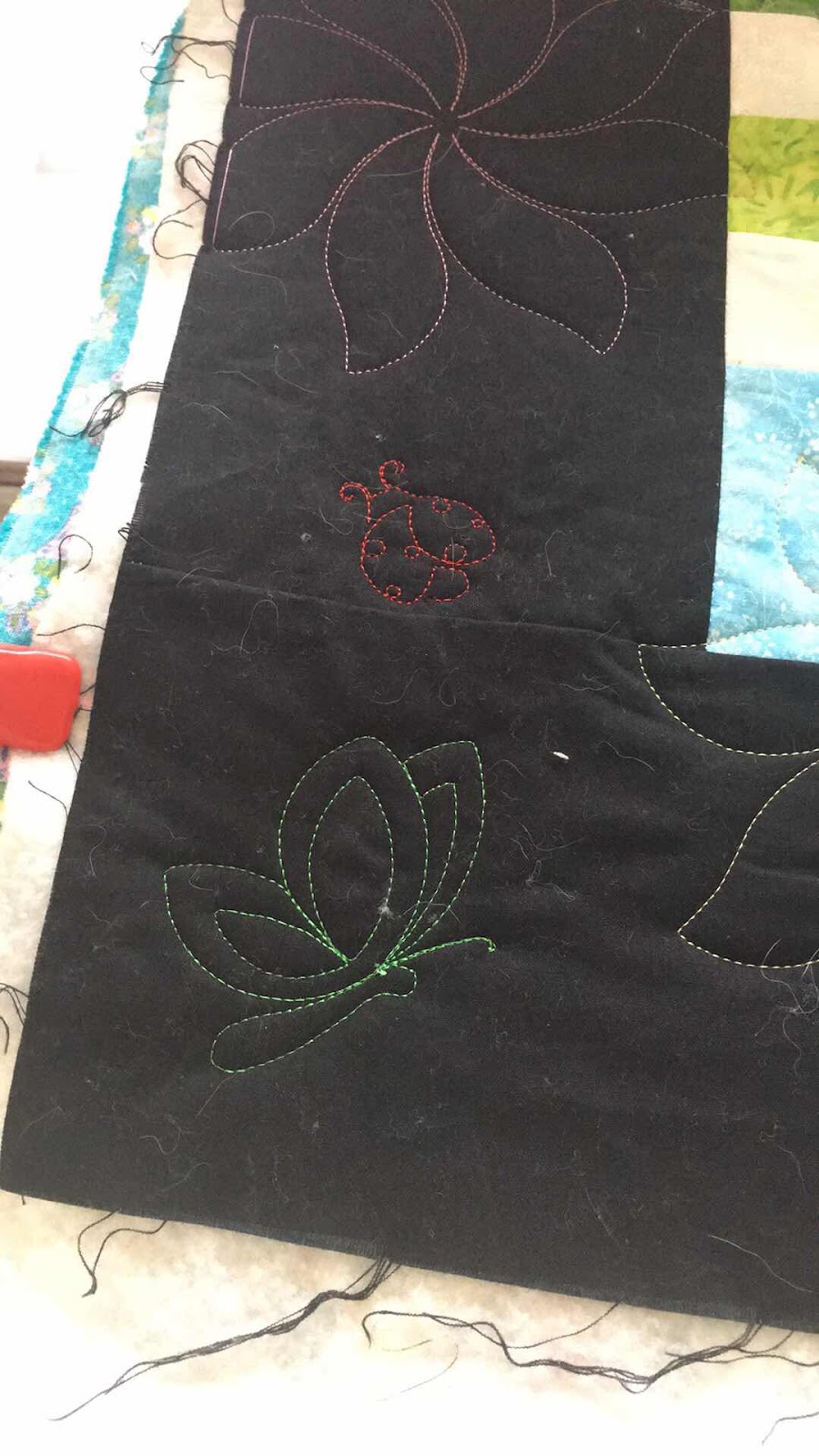 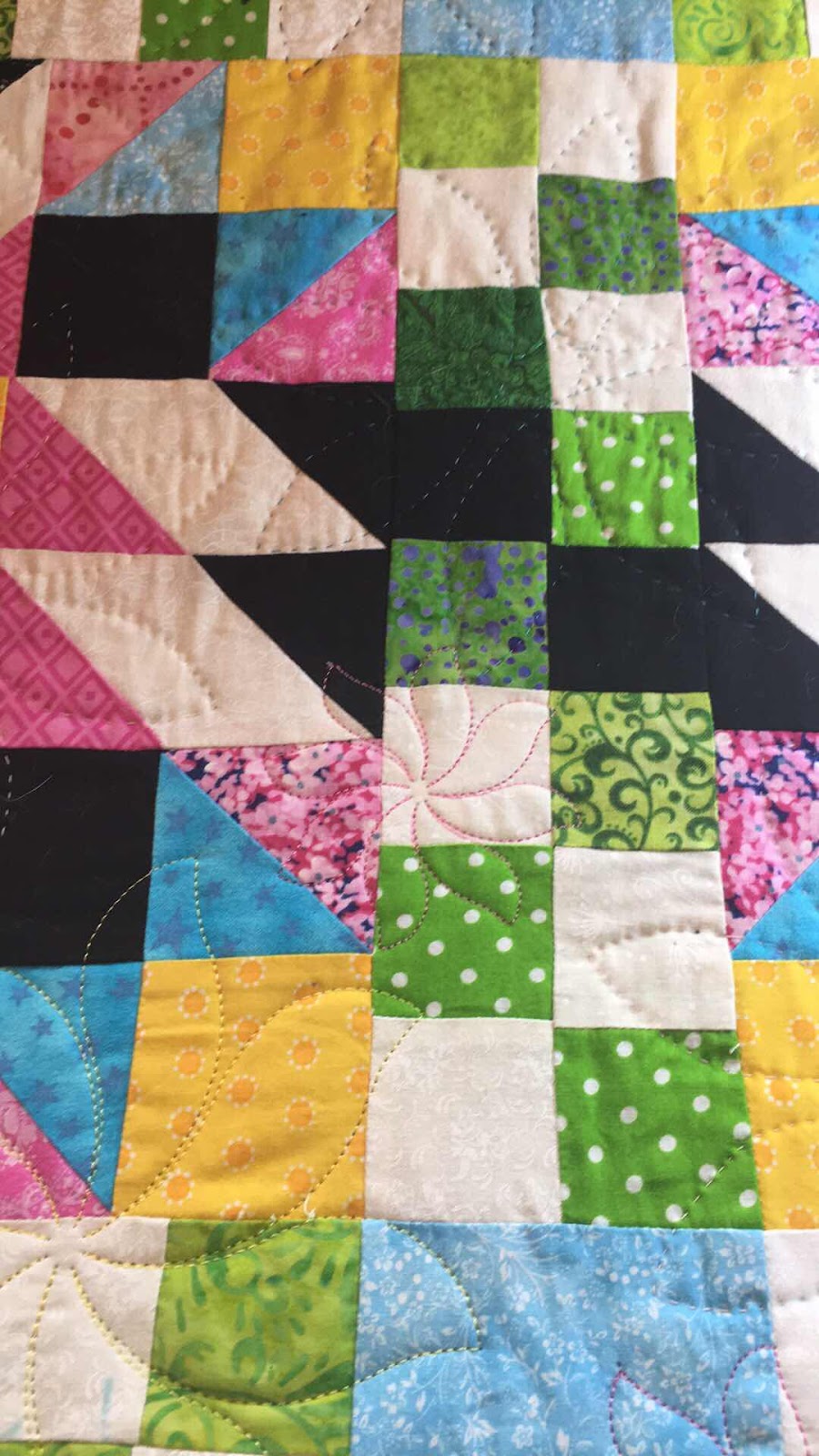 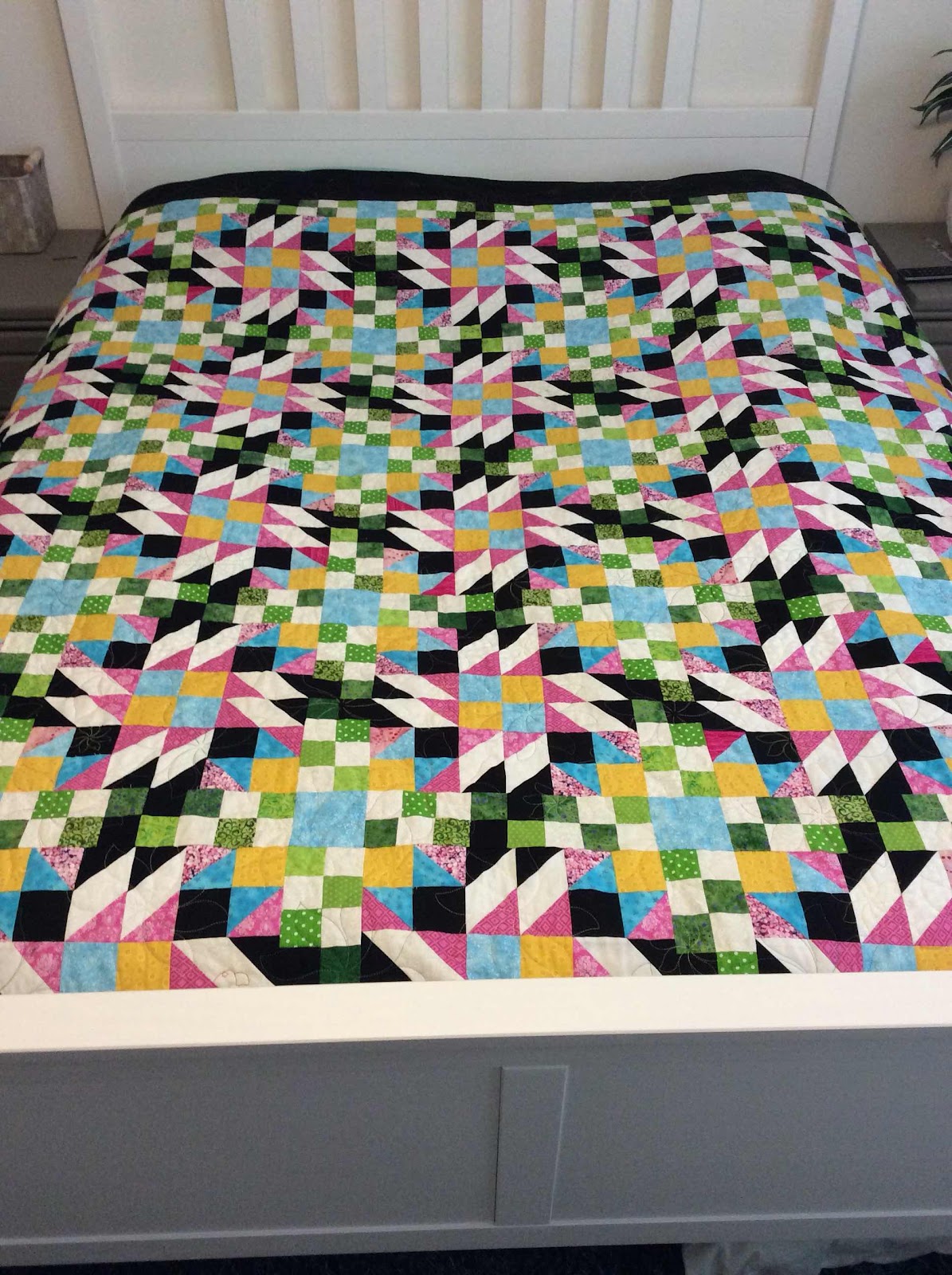 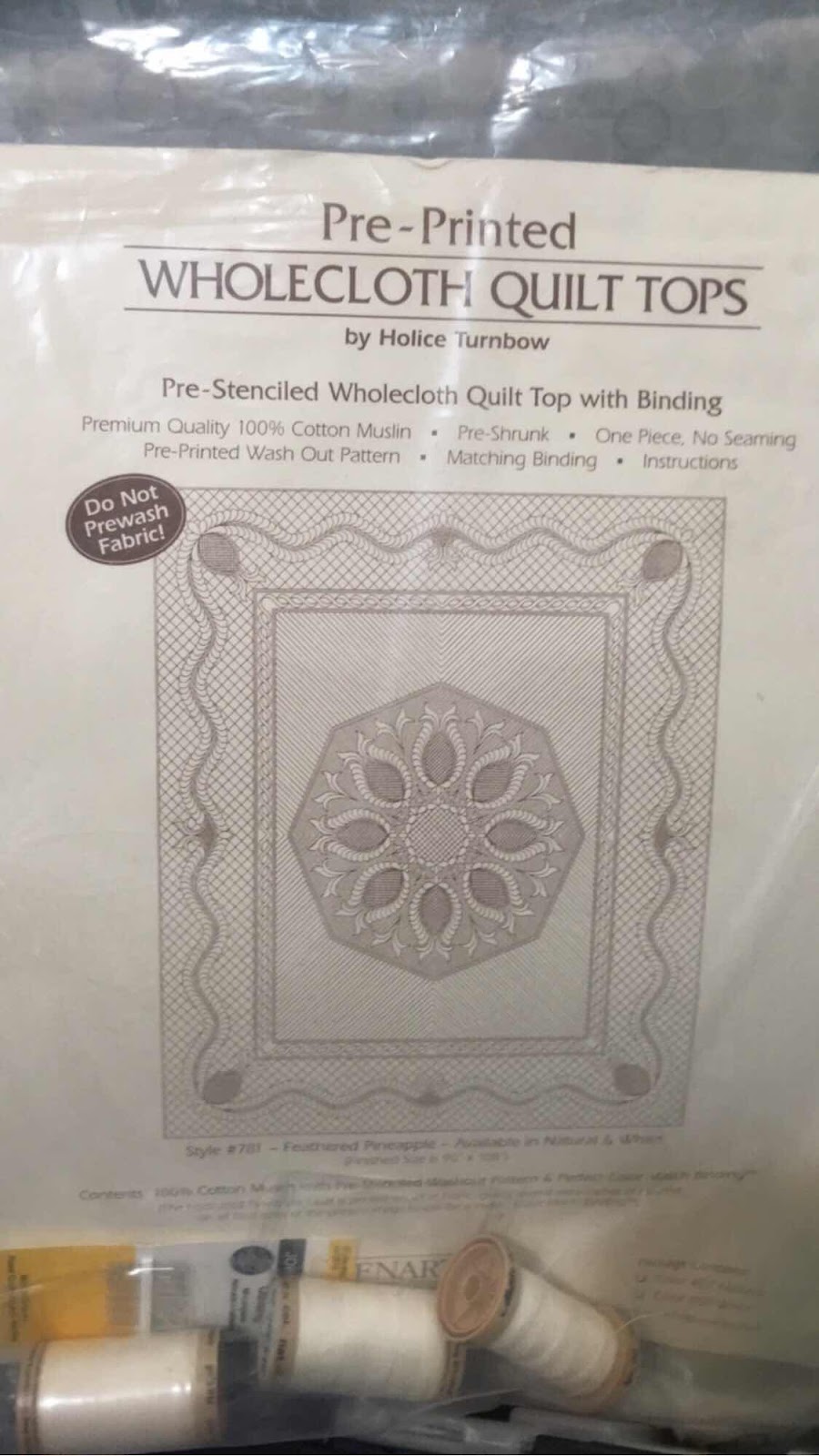 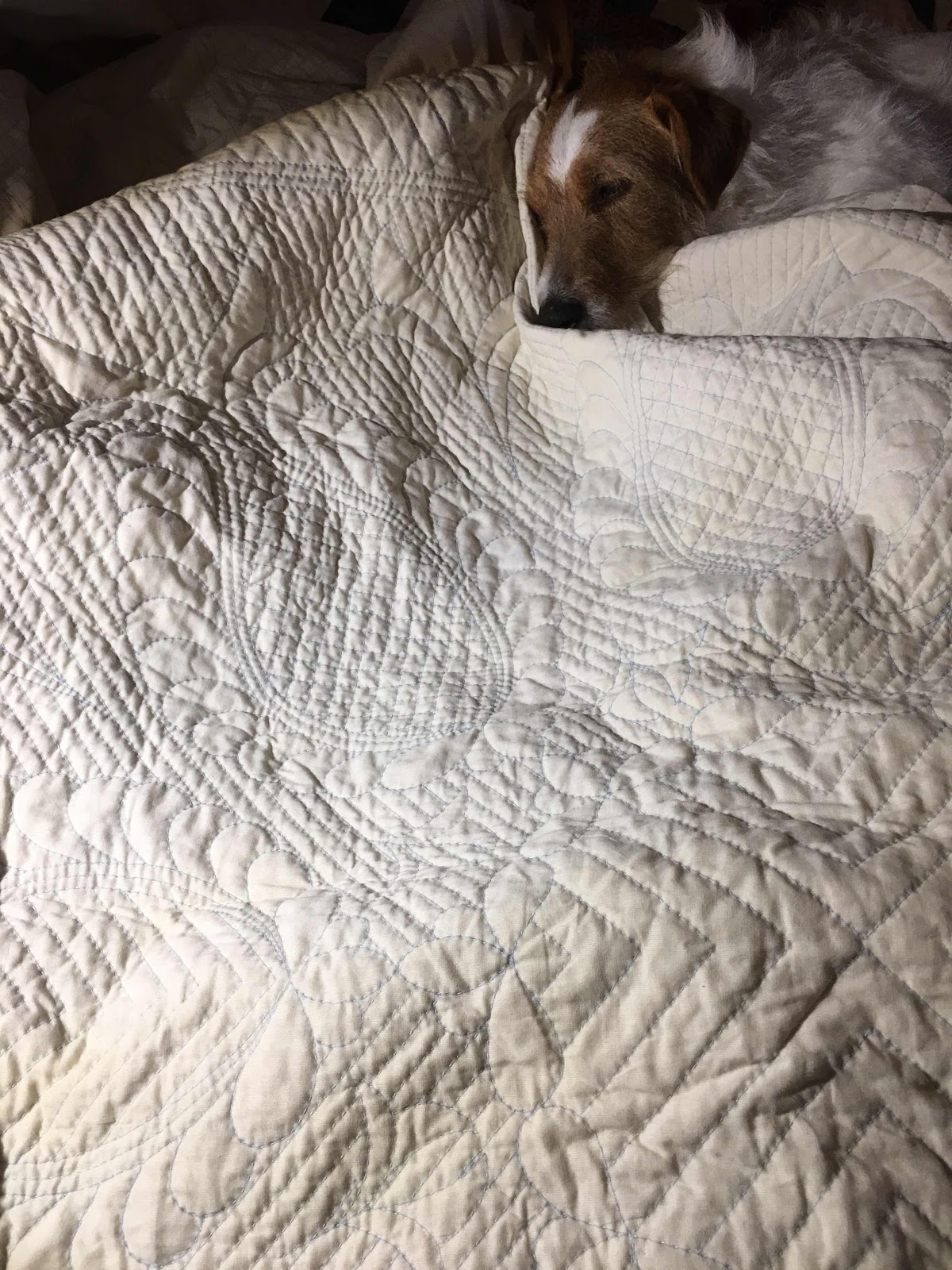